What is a Public Benefit Corporation (PBC)? 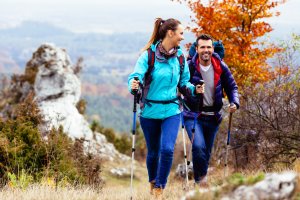 While most people are familiar with Corporations and LLCs, and some are familiar with the alphabet soup of other entity types (LLP, LLLC, LLLP, PLLC), the newest kid on the block is the Public Benefit Corporation (or PBC).  This new entity is catching on fast in different states, and serves to fill a unique niche in the suite of entities.

However, in the case of a PBC (and, more recently, the Public Benefit LLC), an entity can file as a PBC and explicitly state in their operating agreement some other corporate goal, outside of simply maximizing profit.  This gives the Directors cover to make decisions that serve some “public benefit” as defined in the operating agreement, rather than only looking at profit maximization.  Patagonia is an example of a corporation that sought the PBC structure.  Patagonia long wanted support issues around social and environmental causes, but had difficulty balancing this mission with retaining a Corporate status.  In January, 2012, Patagonia became the first company in California to file as a PBC.

This post is for informational purposes only.  Should not be construed as legal or financial advice.  Please consult with your attorney for legal advice or accountant for tax and financial advice.