For the third installment in our series on The Perplexing World of Uniform Commercial Code Demystified, we’d like to talk about who authorizes a UCC filing.

Accurate preparation of a UCC filing is very important; the name listed within the document is the name that will be indexed in the records office of filing.  Below are some important things to remember when preparing UCC filings (all states have different requirements, below are Delaware centered; reach out to us if you have any questions about other states):

Section 9-509 of the Delaware UCC law provides that a party may file such a financing statement only if the debtor authorizes the filing: either expressly in an authenticated record or, more commonly, by executing a security agreement. By authenticating or becoming bound as debtor by a security agreement, a debtor or new debtor authorizes the filing of an initial financing statement, and an amendment, covering:

(1) the collateral described in the security agreement; and

(2) property that becomes collateral under Section 9-315(a)(2), whether or not the security agreement expressly covers proceeds.

Additionally, the below specifically relates to a UCC Termination Filing (UCC-3):

When you send your UCC filings to Incserv, we will review the documents for complete information; we are not able to review for accuracy of information provided.

You can file a UCC and request a Search to Reflect nationwide with us today by sending us your requests to Orders@incserv.com.  Please give us a call if you have any questions or would like additional information.   Keep an eye out for the next installments where we will discuss UCC searches. 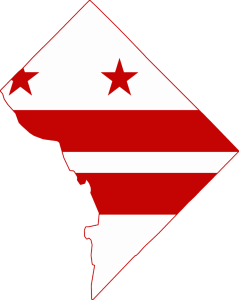 All entities registered to do business in the District of Columbia (DC) are required to file a Two-Year Report by April 1st the year after the initial registration and every two years thereafter.

Two-Year reports not received by September 3rd will be revoked Tuesday, September 4, 2018.  If the entity’s authority to do business is revoked, it will need to file a reinstatement application, in addition to the delinquent report, incurring additional fees of $300 for the reinstatement (not including the $100 penalty assessed for the late filing of the two-year report).

Additionally, all trade name registrations expiring in 2018 must be renewed by September 3, 2018 to avoid cancellation of the trade name on Tuesday, September 4, 2018.  Renewal forms may be found on the DCRA website at https://eservices.dcra.dc.gov/DocumentManagementSystem?title=Corporations. All trade name renewal applications must be submitted over-the-counter.

In 2017, there were approximately 40,000 entities revoked in DC. Don’t make the list in 2018! Let Incserv help you to stay in compliance! Don’t want to be bothered with deadlines again?  Sign up for our Annual Report Filing Service (ARFS).  Contact one of our DC office representatives for more information on ARFS and to assist with your filing needs by simply emailing us at dcorders@incserv.com or calling 202.386.7575 or 877.531.1131.

All Incserv offices will be closed on Monday, September 3, 2018, in observance of Labor Day.

Please see the list below for Jurisdictional Closures for September.  Dates and information are subject to change.

Please check out our blog posts throughout the month for any last minute changes or updates from these or any other state or local office.

If you have any questions or need assistance, feel free to contact us at 800-346-4646 or via email at info@incserv.com.

1960s America reveled in the cultural phenomenon known as the British Invasion. Although the Rolling Stones and The Who played into the spectacle, no one held more influence on Americans or American pop culture like The Beatles. But what many people do not know is there was another British Invasion that happened hundreds of years prior. This invasion was less bloody than war-like attacks and less romantic than dreamy boys from England with their swooning accents. This invasion, known as the Court of Chancery, would change the dynamic of the American court systems forever and make Delaware a legend on the legal stage.

The earliest form of Chancery Courts date back to the 1400s in England where common law was the traditional practice. Common law bases judicial decisions on precedence-past similar cases- to yield similar outcomes. Even then, the English realized there was a crucial need to separate common law cases from those pertaining to businesses, trusts, and land laws; thus, Chancery courts were born. Ironically enough, over time the desire to systemize the Chancery Courts became so widespread that it lost the purpose for which it was founded and Parliament decided to disband the court system in England.

Flash forward to the 1700s in America, colonies were forming all along the eastern seaboard and establishing their own set of laws. At the time, most states were leaning away from their courts of chancery and consolidating judicial and chancery laws. All except Delaware. As the first state, Delaware had originally decided that courts would hear all types of cases: “Delaware never had an institutionalized chancery during the colonial period… so equity was never founded on royal prerogative” (Quillen). Because of this foundation, the Chancery court was not swayed by politics, and equity was never in competition with common law. Therefore, the division of the court systems thrived and has been a huge part of Delaware’s economic success.

Over time, the need to adapt to meet the needs of a developing America, has resulted in many cases in which new legislation was written. For example, Maclary versus Reznor called for “fiduciary relationships between parties to disclose facts that may influence the other party” (Quillen) ergo the need for UCC searches became prevalent in Delaware. Every time a case challenged the current statutes, it helped tailor this very unique court into the power house it is today. In so many words, the Delaware Chancery Court was literally founded and has been thriving on chance since its very existence.

To this day, the Chancery court remains a steadfast reason why businesses decide to incorporate in Delaware. Sure many people believe it is Delaware’s cost-effectiveness and/or “tax-free shopping” that bring so many people to incorporate or qualify here, but the root of why incorporating in Delaware is beneficial goes deeper than that. Because the courts are separate from that of the courts of common law, cases involving businesses can be heard more quickly thus ensuring swift but thorough results. Ultimately, the first “British Invasion” is the cause for one of Delaware’s greatest claims to fame!

The Delaware 2nd quarter taxes for Corporations are due on or before September 1, 2018.

Taxes can be paid by:

Sign up for ARFS now to allow Incserv to keep you in good standing; let us do the remembering for you!

For the second installment in our series on The Perplexing World of Uniform Commercial Code Demystified, we’d like to talk about the “proper” way to complete the debtor name on a UCC-1 Financing Statement.

Perfecting the name of an organization or individual in a UCC-1 Financing Statement is very important in the protection of your security interest.  Unperfected UCC filings can be deceptive and catastrophic.

If the debtor is an organization, the name listed in 1a should match the last filed public record as filed with the Secretary of State where the entity is formed.  For instance, if the corporation is filed under the name: ABC Services, Inc. the name in 1a should be listed as the same.  It should not be listed as: ABC Services Corp.  If the organization files for a name change, the UCC-1 should be updated to reflect the change in the debtor name, via a UCC-3 Amendment.

If the debtor is an individual, the name listed in 1b should match the individual’s unexpired driver’s license or ID card.  If the individual does not have one of these two identifications, the UCC-1 should list the debtors first and last name.  For instance, if the driver’s license or ID card lists the person’s name as Karen Elizabeth Elliott, the UCC-1 should include first, middle and last name.  It should not be listed as: Karen Elliott or Karen E. Elliott.

You can file a UCC and request a Search to Reflect nationwide with us today by sending us your requests to Orders@incserv.com.  Please give us a call if you have any questions or would like additional information.   Keep an eye out for the next installment on who prepares a UCC filing.

We at Incorporating Services offer our services in every state, but because we have a physical office in Delaware, we receive a lot of questions about the Delaware Advantage.  Clearly, Delaware is doing something right, as evidenced by the most recent Division of Corporations annual report (keep scrolling down the report for some neat statistics).  One of the reasons Delaware is a great legal home is due to the partnership the state maintains with its registered agent community.  A great example of this partnership is the Quarterly Users Meeting.

Each quarter, the State of Delaware holds a meeting between the administrators at the Division of Corporations and online agents (the Users of state services).  Through these meetings, agents learn about changes on the horizon with the State, and the State learns about issues agents face in delivering services to the legal community.  When we discuss the “Delaware Advantage” in corporate law, these meetings are a part of what helps set Delaware apart from other states.

This is the start of a two part blog.  This first part focuses on the State of Delaware’s efforts to improve the agent standards for all agents, and the second part will focus on recent legislative changes.

The vast majority of corporate entities are registered with online Commercial Registered Agents (CRA).  An online CRA (such as Incorporating Services, Ltd) has a direct data line with the state of Delaware.  This allows online CRA’s to quickly file formations and retrieve documents.  Along with this privilege, online CRA’s agree to uphold certain standards of responsibility as part of the contract with the State.  Some CRA’s are not online and therefor are not held to the same standard, nor are these agents privy to the same communication channels as online CRA’s.

As a result, the state will work towards opening a channel of communication specifically for those CRA’s that are not online.  Further, the State’s legislature is working towards this end, with the submission of HB404, which seeks to codify some of these practices.  This will give the Division of Corporation more power to make sure all agents adhere to the same set of standards.

Overall, this is a great effort on the state’s part to bring all CRA’s up to a similar standard.  While this will require a lot of work on the state’s part, it demonstrates Delaware’s commitment to making sure CRA’s are acting lawfully and helping to follow Federal guidelines.  Kudos to the state.